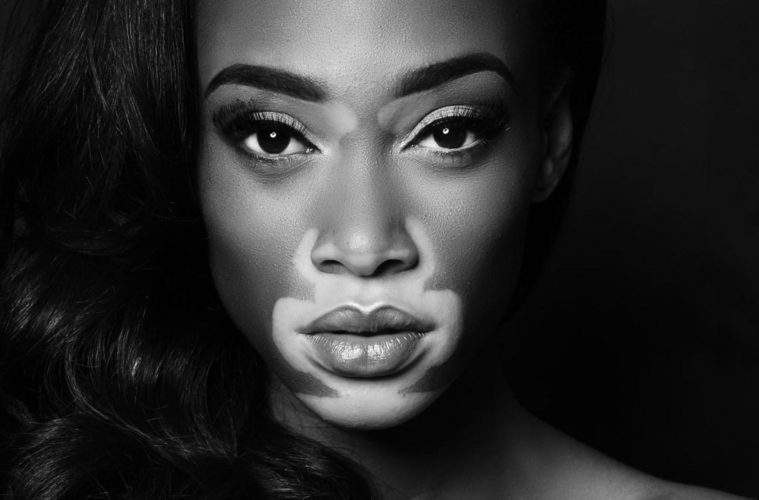 Efforts to understand the mechanisms that drive melanoma have spurred research into vitiligo, a condition that generates white patches on the skin that appear on different parts of the body. In vitiligo, something is killing skin pigment cells (melanocytes), but the cause has remained obscure. Some suspect vitiligo could be an autoimmune disorder, but Sanford-Burnham Prebys researchers may have found another culprit: a microRNA called miR-211.

“We’ve been working to understand the mechanistic role of this RNA and its function in melanocytes in melanoma,” says Ranjan Perera, Ph.D., scientific director of Analytical Genomics and Bioinformatics at SBP Lake Nona. “Vitiligo cells do not have any of this RNA, so we wanted to learn more about its role in the disease.” 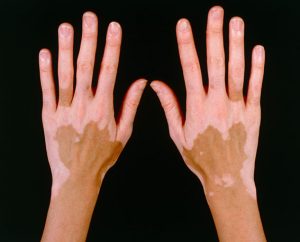 Though not life threatening, vitiligo can cause embarrassment and social stigma. Quite often, patients try to hide their condition or even retreat from society.

“Many patients feel like they’re being looked at with disdain or pity,” said Michael Steppie, M.D., a clinical assistant professor of Dermatology at Florida State University College of Medicine. “The vast majority experience severe social anxiety, some even suffer from depression.”

In a study published in the Journal of Investigative Dermatology, Perera, Steppie and colleagues examined vitiligo cell lines and patient samples and found that losing miR-211 creates a chain reaction that disrupts melanocyte mitochondria. Without these cellular powerhouses, melanocytes lose function and die.

While messenger RNAs carry genetic messages outside a cell’s nucleus, microRNAs perform a nearly opposite function – preventing gene expression. In this case, miR-211 turns off several genes, including one called PGC1-α, which is linked to mitochondria creation. While mitochondrial numbers were normal in the affected melanocytes, the organelles were quite dysfunctional.

“For the first time, we are showing that vitiligo is a disease of abnormal cellular energy metabolism,” says Perera.

This study could have a profound impact on patients with vitiligo. Identifying miR-211 as a possible cause means the microRNA, and the genes it regulates, could be promising therapeutic targets. While going from target to treatment could take some time, in the shorter term, these findings could lead to new diagnostic tests.

“We can use the presence or absence of miR-211 to detect vitiligo,” says Perera. “This could be a sensitive marker to identify this condition at its earliest stages.”

Perera notes these conclusions must be verified in large-scale studies. Presently, he and Steppie are working to launch such a study. Hopefully, these results will be validated and new progress made on an incurable condition.

“The promise of a treatment that cures vitiligo, rather than just dealing with the symptoms alone, is particularly exciting,” says Steppie.